George Shaffer was a convicted accomplice to Cliff Redden, known as the ’Flash Bandit’ in the mid 1940s1. Together with Flash and another accomplice, George participated in at least seven armed robberies and three car thefts. He was sentenced to 50-100 years of hard labor and solitary confinement at Eastern State Penitentiary [2].

”Eastern State closed its doors in 1971, but evidence suggests he was already released by this time. George’s mother, Sadie, passed away in 1964, and her obituary indicates that her son George was residing in Folcroft, PA [3]. ”

While some might say an armed robber deserves 50-100 years in prison, at least one person disagreed. John Parmer Gates, minister of the Upland Baptist Church, wrote an impassioned letter to the editor of the Chester Times [4]. George Shaffer, he wrote, ”was hit by an automobile, which injured his right frontal lobe. He still bears a large scar which runs from above the forehead to the cheek.”

In the Army, while stationed in England and while in transit to the United States he was confined to a psychopathic ward. He was given an honorable discharge with a bill of poor health.” All facts which the minister believed should have been considered at sentencing. 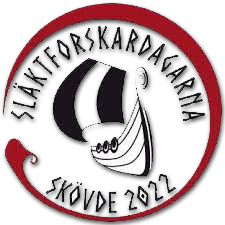